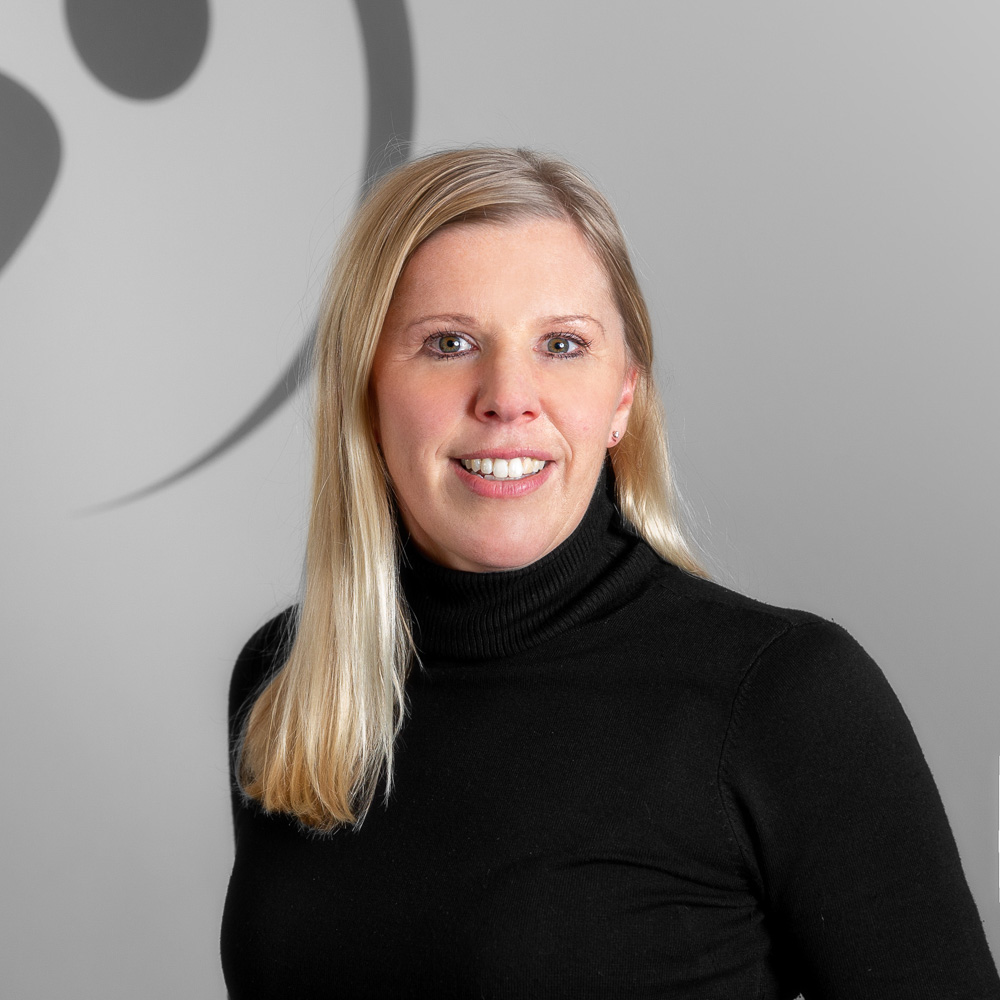 Ainsley is co-owner and physiotherapist at Physio One Health Clinic.

Ainsley is a passionate physio who takes pride in ensuring that a client’s personal goals and circumstances are factored into their therapeutic plan – whether that’s reducing knee pain when climbing stairs, maximizing power or mobility to improve a ballet turnout, golf swing or hockey shot, or anything in between!

Ainsley is an active mom to three boys, Owen, Simon and Elliott. Involvement with elite hockey has become a shared passion for Ainsley as her husband, Greg, is a well-respected hockey figure in the Colchester/Cumberland area. She volunteers her time with the Truro U-15 Major Hockey Club as well as with teams that her younger two sons are involved with, most recently, the Weeks U18 Majors.

An enthusiastic animal lover, Ainsley loves taking advantage of the beautiful paths in Victoria Park with her dogs, Ceecee and Livvy.

Want to Book an Appointment with Ainsley?